Ice cream! One of the world’s simplest and purest taste experiences. Since its introduction to Europe many centuries ago by travellers from Asia and the Middle-East (and not Marco Polo as often assumed), ice cream has become one of the continent’s most coveted sweet treats.

Despite its simple and affordable nature, the manufacturing of ice cream is a sophisticated and highly industrial science today, with factories producing millions of litres of multiple types of ice cream to then be shipped to the far corners of the continent.

This industrialisation has helped ice cream to win its dominant place in the hearts of many consumers, but can also throw up challenges in terms of detecting foreign bodies.

In this case study we look at how one company in particular has turned to advanced product inspection technologies to ensure that any ice cream produced in its plant is in perfect condition for the consumer’s simple enjoyment.

The Dream Factory
In the town of St. Dizier, in France’s eastern agriculture pastures, is where many of Europe’s favourite brands of ice cream are produced. Miko, France’s leading producer of frozen creams and sorbets and a key European ice cream player, has been creating such family favourites as Viennetta, Cornetto and Solero in its factory there since the start of the 20th century. 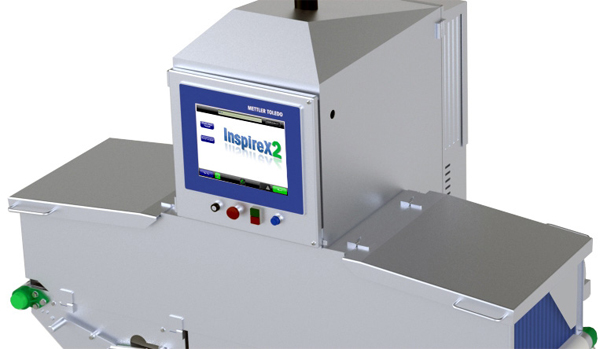 The company was acquired by Unilever in 1994, and now services retailers across Europe, ensuring that its ice cream fridges are filled to the brim. The plant itself has six production lines, three for ice cream cones and individual frozen bars and ices, and three for ice cream tubs, produced in 0.75, 1 and 1.5 litre formats. Highly efficient, the lines can handle throughputs of up to 1,500 tubs per minute, with the factory pumping out a mouth-watering 85 million litres of ice cream per year.

With such a high volume of products being produced and dispatched to retailers across the region, Miko has always known that product safety is hugely important, both for its consumers and for the company’s reputation.

To control product quality, Miko has long worked with Mettler-Toledo Garvens, a business unit of Mettler-Toledo, who installed a series of XS3 checkweighers to test products during processing and packaging stages.

Seeking to further reinforce positive customer experiences, the company recently set itself the challenge of minimising the already small risk of foreign body contamination to further reduce the number of customer complaints it received. The target was a 20 per cent drop in client reclamations overall by 2014.

A Solid Challenge
Leading the project for Miko was Project Manager, Antoine Bille, who had the responsibility of finding the solution that would enable the company to hit its ambitious goal.

“I was given complete freedom with this project to find a way to hit our target. At Miko, we have a responsibility to our customers to ensure that our ice cream products are perfect when they reach them”.

To initiate the project, Antoine focussed on the Carte D’Or® ice cream tub lines, researching whether the risk of product contamination was primarily metal pieces, or if other contaminants could be involved as well. Once he established that there was also a small risk of glass, mineral stone or metal fragment contamination, it became clear that the product inspection solution must be capable of detecting a wide range of foreign bodies.

The technology would also need to offer sophisticated and variable product inspection analysis of the products being checked to avoid false rejects when checking fruit sorbets with large chunks of soft fruit or mistaking small hard chips of chocolate for a contaminant.

A final piece to the puzzle would be the requirement that products could be inspected at varying levels of solidity, as some might have begun to defrost on the conveyor.

Sweet Solution
Following discussions with colleagues in other sections of Unilever, and product inspection partners such as MettlerToledo, it became clear to Antoine that a sophisticated contaminant detection system from the division’s x-ray business unit would meet his business requirements while being able to detect all types of contaminants.

Mettler-Toledo Safeline X-ray’s InspireX2, designed for high-speed multi-lane applications and able to detect contaminants as small as 0.8mm, such as glass, metal, mineral stone and high density plastic, ticked all the boxes.

In addition to detection of contaminants, the x-ray system incorporates a range of quality control measures to help minimise waste and reduce costs. It performs both gross and zoned mass measurements for portion control, while scanning for products which are damaged or have product missing. At the same time, it ensures product freshness by checking seal integrities.

For Antoine, the key to the project’s success was not just finding the right solution, but ensuring that it was tailored to the company’s needs.

The machine was also customised to cope with the harsh environment it would work under when handling ice cream, such as freezing and wet conditions. This entailed the addition of a special lagged drive roller to increase drive grip, preventing the entry belt from slipping, and a pivoted belt scraper to clean any spillages from the belt.

In addition to the optimised product safety provided by the new x-ray system, Antoine was particularly pleased with the ease of use of the touchscreen human machine interface (HMI) for machine operatives.

“Our team really value the HMI as it provides the opportunity to recover all the data on the line quickly and easily when we need it. We are able to access all data on the quality of our products and the number of rejections at regular intervals for analysis and action if necessary”. 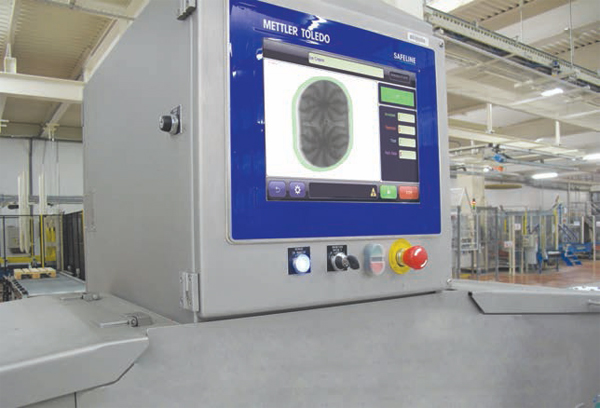 Easy of use with the InspireX2

The Proof is in the Ice Cream
Following such an extensive project, Antoine was delighted to see strong positive results quickly emerge. The installation of the InspireX2 has helped Miko hit its target, with complaints about contaminants from customers reduced by 20 per cent more than one year ahead of schedule.

In fact, the project worked so well that the company has since installed a combination AdvanCheK X-ray and XS3 checkweighing system for the lines producing cones and individual ices. As Antoine explained, “With Mettler-Toledo Safeline X-ray, we were able to beat our original deadline, and see a real increase in quality control for our products.

More than anything, it was their willingness to adapt the x-ray machine to our needs that ensured the success of this project and encouraged us to invest in another machine.”