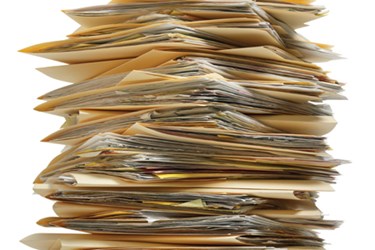 According to a recent survey, some workers use six or more hours of their time each week searching for paper documents.

“All told, creating paper-based reports from information in other paper documents is very time-consuming. One challenge respondents note is that in traditional offices, employees may need to check several different files to verify that the data they're using is the most accurate and current. This leads to a lot of paper shuffling, as well as decreased productivity,” said researchers.