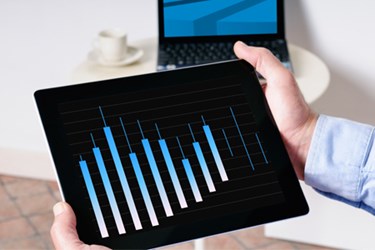 Wordpress, the most popular content management system, now runs one in every four websites.

A W3Techs Survey puts WordPress at the top of content management, revealing it powers a quarter of websites worldwide. Two years ago, WordPress usage was at 20 percent.

“We should be comfortably past 25 percent by the end of the year,” Automattic founder Matt Mullenweg said in a blog post. “The big opportunity is still the 57 percent of websites that don’t use any identifiable CMS yet, and that’s where I think there is still a ton of growth for us (and I’m also rooting for all the other open source CMSes).”

According to the survey, the two closest competitors — Joomla and Drupal — have a combined use of 4.9 percent, less than a fifth of WordPress.

“Sometimes it goes up and down through the course of a month, but it’s still a pretty fun milestone that we can now say about one in four websites are now powered by the scrappy open source underdog with its roots stretching all the way back to a single person in Corsica, France,” said Mullenweg.

The survey notes this trend is likely to continue as indicators show in October, 29.5 percent of new sites used WordPress. According to experts, new sites usually indicate where the whole market is heading.