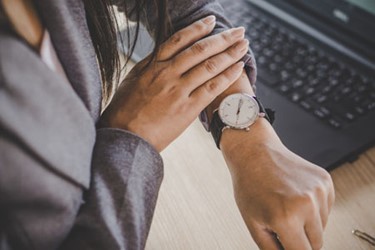 HCL is a global technology company with deep expertise and business in a number of industries globally, including rich business offerings in financial services. During one client engagement, the HCL Technologies backup and storage team was assigned to a national bank’s backup environment, performing daily backup performance reviews to isolate failures. The team also was responsible for generating a monthly report to demonstrate adherence to their 99% backup success SLA goal.

This particular client environment included more than 8,000 application servers, which was a 10% increase over the prior year’s setup. As a result, the HCL team was spending five-to- six hours per day on manual data collection and reporting, leading the team to seek-out out an automated solution to ensure sustained, high-quality backup oversight and reporting.

After an extensive search, HCL chose a solution from Bocada. By automating the collection of backup metadata from over twenty cloud and on-prem backup servers, and displaying the data in over 60 pre-built reports, Bocada enables backup and storage teams to spend less time on manual backup activities and more time strategically monitoring backup health.

After implementing Bocada, the HCL backup team reduced the five-to-six hours spent per day on manual data extraction and compilation down to just minutes. The estimated annual labor savings through Bocada automation is more than 1,200 hours. With automated reporting in place, the team can arrive at their office, check the prior day’s backup performance across all geographies, backup products and business units and immediately begin troubleshooting. The built-in reports allow the team to more quickly isolate the culprits causing the greatest number of failures, allowing them to triage faster and hit their 99% backup success goal. Additionally, with backup failure alerting configured, the team receives real-time notifications if a critical backup fails so they can address the issue immediately.

The results were achieved by leveraging two built-in Bocada reports. The first was the Executive Summary Report, a tabular report detailing the number of assets, clients and servers within each zone—for example customer, region or business unit under management—and the job and asset backup success rate within those zones. By isolating zones with the highest backup failure rates, teams could quickly hone-in on regions within their backup environment most preventing them from reaching SLA goals.

This report was used in tandem with the Consecutive Failures Report, another built-in report which isolated only those backups that fail continually over a series of scheduled jobs. With information about zones with high failures rates and recurring failure rates, the team was able to better visualize systemic issues causing failures, and prioritize fixing those issues.

DISCOVER WHAT BOCADA CAN DO FOR YOU

To try Bocada in your backup environment, contact us at: