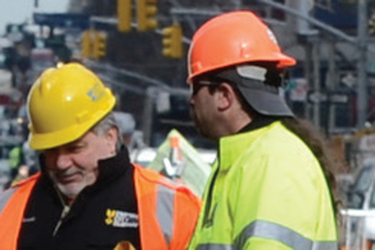 Maintaining a water distribution system requires constant management. From leaking pipes to broken valves or even distribution expansion, there always seems to be something to do and you will never be short of work. But, are “old” ways of performing maintenance and repair creating unnecessary costs?

WHAT COSTS ARE HIDDEN OR HAVE BEEN OVERLOOKED?
For many veterans of waterworks, the rallying cry of “this is how we’ve always done it” rationalizes the utilization of a procedure that feels comfortable — tried and true — and it gives the sense of being the easiest and most cost-effective methodology. However, are you truly evaluating all possible effects and repercussions when performing maintenance?

To give an honest look at the costs of traditional maintenance, we will go through a potential maintenance scenario and uncover frequently overlooked costs.

MAINTENANCE SCENARIO
The distribution system you manage is within an older, mid-sized city. As the city grew, so did your distribution system. The city’s water infrastructure has a myriad of pipes of different ages, sizes, and types, as does your valves, hydrants, and connections.

During a proactive hydrant-testing program, a leak was detected a third of the way into a block within one of the oldest areas of the city. On one side of the street is a hospital and on the other are mixed-use buildings of both residents and businesses. To properly assess the leak, the area around the hydrant, its connection to the main, and a portion of the main itself were excavated to allow visual inspection.

Upon inspection, the leak was discovered on a leg of pipe that feeds the hydrant, which is on the same connection as the hospital. The pipe and valves in this area date back to the late 1800s and no control valve was installed on the hydrant’s leg or the hospital’s main service connection. However, there are valves at either end of the block at each intersection. Thankfully, both valves have been recently exercised and are still in working order.

The leak was significant enough to forego utilizing a repair band because a more permanent fix is required, which means a comprehensive maintenance plan must be devised to replace the leaking pipe while maintaining service to the hospital.

STEP 1: NOTIFY HOSPITAL AND CREATE A TEMPORARY BYPASS
The hospital’s water supply cannot be interrupted. First the hospital must be notified and the site of the water main bypass must be prepared, which includes redirecting both pedestrian and vehicular traffic. After this is completed, a temporary bypass water main must be installed to keep the hospital’s supply of water active while work on the leaking pipe can be completed.

This adds another layer to your initial repair project. Just by adding a bypass main, this automatically increases your budget by adding more materials and extends the length of the overall project which requires more crew and increases your cost in hourly wages.

Since temporary mains are generally installed above ground, there are additional issues that can arise, like the pedestrian and vehicular traffic detours previously mentioned. Also, since the pipe is exposed, it adds a new layer of vulnerability which could create additional maintenance, should something happen to the exposed pipe.

Lastly, before the bypass main can be connected to the hospital, the water must be chlorinated and tested. Whether this process is done in-house or is outsourced, there is still a cost to complete this task.

STEP 2: NOTIFY IMPACTED CUSTOMERS
One of the very first actions is to advertise and notify area businesses and residents on the block that there will be a service disruption during specific dates and times. This comes with several costs. One obvious cost is the actual advertisement/notification itself — the purchase of the ad and/or the materials and man-hours to create a notification and post it around the neighborhood. Most would probably say, this is the only cost in this instance, and it is negligible, but this is not the only cost.

Every minute your customers are out of service, your utility is losing billable usage and, in turn, losing revenue. If the average person is awake for 16 hours and the disruption is for 8 hours, you have lost 50% of billable usage for that day, and that only applies to residents — you are also losing water revenue from businesses that are also affected. Additionally, the loss of water revenue can be compounded if the project extends beyond a single day of work.

Since there are businesses within the shutdown zone, you could be forcing these businesses to close during disruption and those businesses are shouldering their loss of revenue and, depending on the type of business, could be very costly.

Now there are two groups — residents and businesses — that are irritated that they have lost water for an extended period. This unhappiness with your utility can result in negative press and social media posts, which is a soft cost, but a cost, nonetheless.

Additionally, someone affected could have strong connections to the city’s elected officials which can create more obstacles and costs as well as turn your simple maintenance project into a political issue.

You may try to avoid some of these costs by scheduling work during off-peak hours, but then you are paying your crew a higher, adjusted rate compared to typical working hours. Additionally, there is the added risk of performing nighttime maintenance and requires extra safety precautions and a well-lit work area.

STEP 3: SHUTDOWN TO THE WORK AREA AND COMPLETION OF REPAIR
Now that the hospital is on its own bypass main, those who will be affected by service disruption have been notified, and you have sidestepped any political intervention, now the valves at either end of the block can be turned to shut down the flow of water to the work area. This is a best-case scenario and, as our example stated, we know that these two valves are in proper working order. However, what if the integrity of these valves is unknown?

When maps come out and valves are located for any project, you often may not know if the valve is operational until someone goes out to test it. An estimated 20-50% of valves are inoperable or in need of repair, and this leaves a fair probability that one of the valves needed to shut down your work area will not achieve this goal. When one valve is nonfunctioning, you simply move down the line to the next. However, this also increases your area of service disruption, which brings up the costs discussed in Step 2.

That is not the case in this scenario but could be a definite possibility in any real-world maintenance project. So, in this case, your crew achieves shutdown to the work area and can safely remove and replace the section of pipe. Since control points were missing from the line to the hydrant and the one to the hospital — and the area has already been excavated — it is decided to also add valves to both connections. This equals more time and materials, and possibly additional crew to perform the task.

STEP 4: WATER TESTING
Though maintenance may be completed, there is still the need to test the water as it may not be safe for consumption and use yet. Testing and treating the water is another cost already discussed in Step 1, but what if boil orders are necessary? 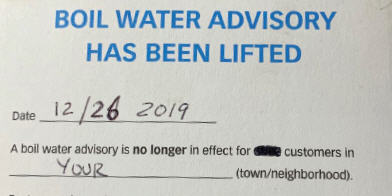 If a boil order is necessary, then you incur the costs of the materials and man-hours to create the notification and post it around the neighborhood. Additionally, there is the possibility of attracting more negative press.

WORKING SMARTER, NOT HARDER
Many of these situations and costs can easily be remedied with valve insertion. Going back to our maintenance scenario, this time we shall employ valve insertion instead of traditional methods.

Since the excavation has already occurred for visual inspection, and the decision to add valves to the hydrant and hospital lines could create a slightly larger site, the overall cost for excavation should be equal. Though it should be noted that valve insertion does not require large excavations, so you could potentially save money on this expense with a smaller trench.

With the leaking area exposed, cleaned, marked, and prepared for removal, the crew can simply install an insertion valve on the opposite side of the leak from the hydrant. By utilizing valve insertion, the crew can work within a small controlled area of shutdown to safely perform the necessary repair. Unlike traditional methodology, valve insertion is an overall safer technique, reducing the risk of injury to your crew.

With a tighter isolation area within a looped distribution system, not one customer is impacted by a service disruption. This automatically eliminates many of the costs previously mentioned, allowing you to:

Since valve insertion can be done with a smaller crew and can be installed in as little as a couple hours, you can cut the costs of paid man-hours for this specific project. As mentioned earlier, projects are not going away, and this allows you to effectively and efficiently manage your entire team to work on other projects — allowing you to do more with less. 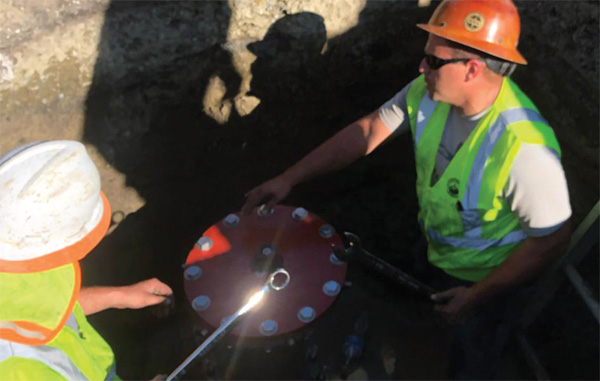 As a permanent asset, insertion valves provide two new control points precisely where they were needed — at each of the areas feeding the hydrant and hospital — without the additional costs of adding in two traditional valves. And, since they are permanent, you can capitalize on the purchase of each insertion valve.

An added benefit of valve insertion is that the process does not open the pipe to contamination, air intrusion, backflow or back-siphonage. This effectively eliminates water hammer or pressure fluctuations within the pipe.

SHIFTING MINDSETS
Insertion valves have come a long way since their initial designs. Unfortunately, many veterans within the waterworks community may be negatively grading insertion vales on older models and designs that are no longer on the market or only consider valve insertion as a method of last resort. This is deeply rooted in the “this is how we’ve always done it” mentality, as the waterworks industry is slow to adopt new technology and processes.

Today’s insertion valves are highly engineered, permanent valves with simplified and repeatable installation procedures and equipment. Insertion valves are built to the same standard as traditional resilient wedge valves and are just as reliable and longlasting, but have the added benefit of being installed without disruption to service and can be placed exactly where they are needed. Allowing you to keep your projects on time and on budget.

Insertion valves can be found in varying sizes and work with common pipe types, like cast iron, ductile iron, PVC, asbestos-cement, and steel.

There are many benefits to utilizing valve insertion. When used properly, insertion valves can be installed without:

When developing a strategy for your next planned, routine, or emergency maintenance project, be sure to evaluate all possible effects and overall repercussions of performing said maintenance — not just your time and budget, but also its impact on the community, environment, and your bottom line. You could be unintentionally wasting time and money compared to utilizing valve insertion.