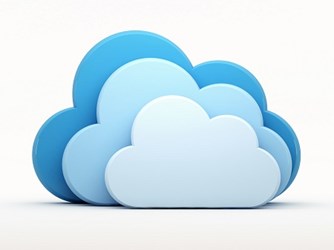 Kontent Core is a music licensing platform and marketplace where music labels and artists can showcase their creative work, where ad agencies and television and film producers can discover breakout, memorable content for their productions, and where that content can be confidently and efficiently licensed, dramatically speeding production time.

Andrew Knox, CEO and Founder of Kontent Core, has always known how to navigate the music industry —as a performer, composer, and most especially as a music 'tastemaker'—with a knack for uncovering hidden music gems that make national advertising campaigns and feature films truly memorable.

Over the decades, as Andrew navigated wave after wave of disruption for his music industry customers, he wondered - how can I share my expertise to help musicians that want to get their music discovered, and ad agencies and creatives wanting to find that perfect music for their next production?

Filmmakers and agencies know getting that perfect musical content for their ad spot or film can make or break their production. More than a few upcoming stars have broken out when one of their songs was used in an episode of a popular TV show or a national ad spot.

But trying to find content in a chaotic marketplace–and then negotiating rights to use it–is an overwhelming, time- consuming challenge that can seriously derail a production. Unless they are very familiar with the process, most find that they are not prepared to navigate the complex licensing negotiations to actually use that music. Too often, they'll find a perfect piece of music or memorable classic song that they really want for their campaign only to be drawn into long negotiations, or worse, get incomplete protection and indemnification to actually use that content, opening them up to license and rights litigation later.

A Vision for a New Kind of Music Service

Andrew envisioned bridging all three: musicians, labels, and creatives. But that was just a start. Andrew wanted his platform to incorporate all of the best practices he had developed over the years as a seamless, cloud delivered service that the industry had never seen before, and one that could grow as large as needed and add new features on the fly without installing his own servers and storage.

To build out the first part of his vision, Andrew gathered a technology team and launched Kontent Core. As a new web-delivered application, it didn't make any sense to build up their own data center of application servers and web- servers; instead, the team designed a compute and storage workflow that used the best tools available now—and expected in the future—to give new asset manipulation tools to his customers.

Andrew’s team architected the Kontent Core service with an eye to rapid expansion capability, predictable costs for scaling, and ease of integrating compute-based services as they added new features.

For storage, the team immediately zeroed in on Backblaze B2 cloud storage. Andrew was already familiar with Backblaze; Andrew liked to compose on his MacBook Pro protected by Backblaze personal backup service, and Backblaze had overnighted several hard drives of his content to him over the years whenever his laptop hard drive crashed. His team modelled all aspects of using a cloud storage service and were pleased with Backblaze’s low cost, clear and simple accounting of fees to access the storage, and that Backblaze would be able to serve their content and scale as their needs grew.

"When architecting Kontent Core we realized that Backblaze was so affordable and was so easily integrated into our application that we didn’t have to add complexity to our app to recover storage costs or rate-limit storage use. This means there is no ‘rate-limiter’ on our business. With Backblaze we’ve built the industry’s first truly transparent music marketplace for professionals and artists.” - Andrew Knox, CEO, Chief Creative Officer Kontent Core

For example, when an artist uploads content to the Kontent Core application, the music is analyzed and sampled using cloud compute servers that can be spun up at an instant's notice. For large ingest operations, typical when adding a new label with thousands of albums to the service, it takes minutes to deploy new servers and shorten the ingest time. Then, as soon as they are not needed, the servers are released, ensuring that Kontent Core only pays for the resources actually used.

Similarly, when an ad agency or movie producer is looking for content that is at once unique, fresh, and available to license, the platform makes it simple to discover music in the library, see who else has licensed it for what projects, and also help find music by genre, mood, or similarity. Playlists of potential content can be assembled, shared with a team, and can capture team-member, producer or client notes to quickly zero in on the perfect piece of music that will make the commercial catchy and memorable, or set an unforgettable mood for a film or tv show.

Kontent Core can also manage playlists of content to help manage the collaborative part of choosing music for film or tv production or agencies managing many projects at once. Finally, the system can help guide users through the licensing steps to get rock-solid permissions to use content for their production - cutting what could take months down to as short as minutes.

Ready for The Next ‘Stage’

As Kontent Core has grown, more and more kinds of content are finding their way to the platform. Unusual or unique content can find a perfect audience, and the same expertise built into the system can license any kinds of content such as images or video. As fast as the company grows, thanks to the careful planning of the initial architecture, the entire application can add in new features and leverage other cloud-based tools for media cataloging or manipulation that enhance the service.

Having already built the platform the music and creative industry needed, with no servers or storage to manage, the team knows that the services their app uses will scale predictably and transparently, and instead of managing infrastructure the team can focus on adding new services and enhancements while continuing to build out their vision.