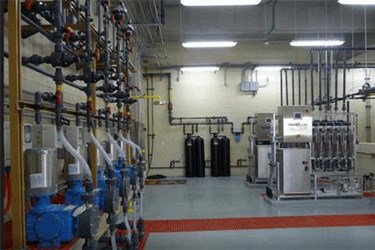 In 2000, Indiana American Water, a subsidiary of American Water Company, purchased the Warsaw Indiana system which serves a population of over 16,000. Indiana American then completed a Comprehensive Planning Study that included a number of upgrades and improvements to enhance the reliability, safety and water quality of the system.

One key aspect of the system upgrades was the construction of a modern 6 million gallon per day capacity water treatment plant to replace the four existing outdated facilities. The design‐build team of Hazen & Sawyer and River City Construction was selected for the $25 million project. The aggressive delivery schedule allowed only 16 months for design and construction. The project was completed under budget and on time.