Electrostatic discharge testing is utilized worldwide by electronics manufacturers to determine the ESD susceptibility of their devices. It is extremely difficult to estimate the exact cost of ESD loss annually, but it can safely be stated that ESD requires the development and testing of many hardware prototypes and contributes to a high number of warranty claims and loss of consumer confidence if failure occurs in the hands of the customer. Given the high cost in time and materials associated with ESD hardware testing, the ability to simulate the ESD testing process in XFdtd is extremely valuable, allowing engineers to pinpoint locations susceptible to ESD damage and optimize ESD mitigation during the concept and design stage of product development. 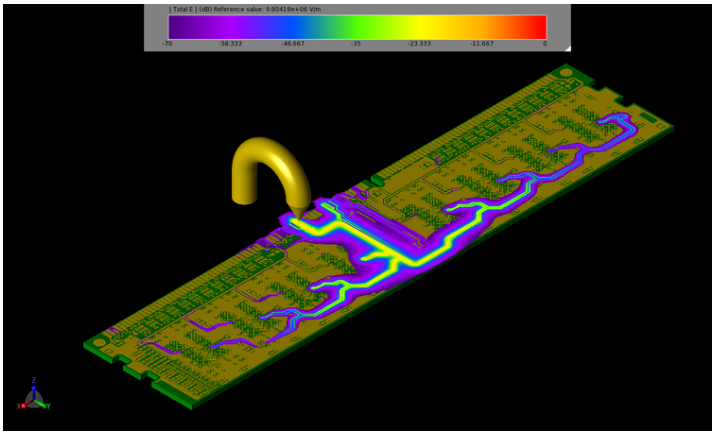 ESD testing procedures and waveform models are defined by numerous standards from organizations including the American National Standards Institute (ANSI), JEDEC, and International Electrotechnical Commission (IEC), among others.  The human body model (HBM), which approximates a discharge from a charged human fingertip to a grounded device, and the charged device model (CDM), which approximates a discharge from a charged device to another conducting object at a lower electrostatic potential, are the most common and widely used ESD models.  These tests are generally performed using ESD Simulators, or ESD Guns, to apply high speed, high voltage pulses to various points of the device under test (DUT). Using XFdtd’s user defined waveform feature, engineers can import ESD waveforms defined by the various testing standards and use them to create ESD current sources in their XFdtd project.  At this point, ESD simulator/gun models can be created and used to excite the DUT geometry at locations of interest and the resulting electromagnetic fields and current flows can be simulated and analyzed. 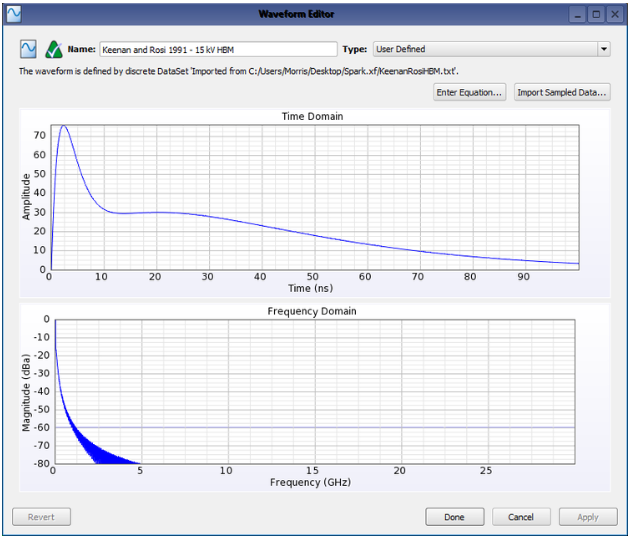 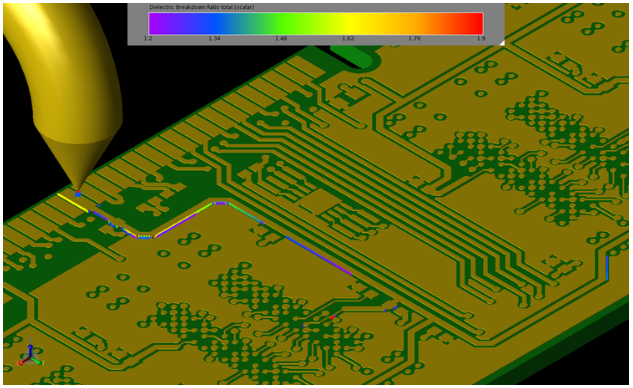 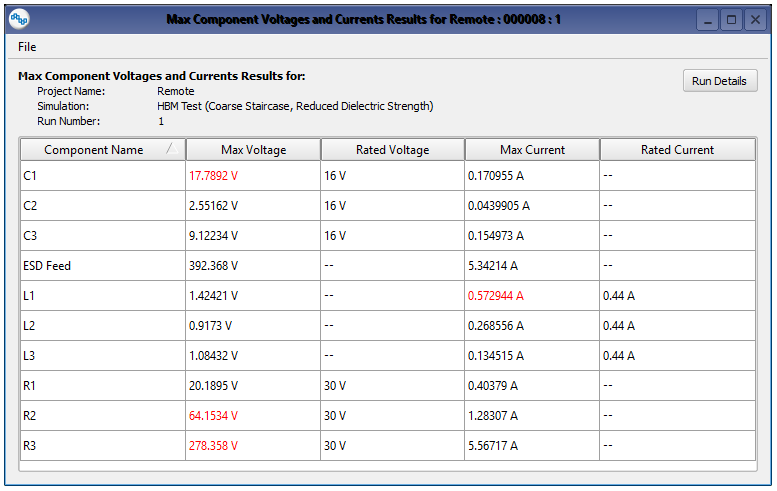 While simulation cannot and should not entirely replace hardware testing, it can provide ESD engineers with insight into probable locations of ESD failure and will allow ESD mitigation designs to be optimized prior to the hardware prototyping stage.  XFdtd’s ability to pinpoint locations at risk of experiencing dielectric breakdown and report circuit components exceeding their design parameters during an ESD event should reduce product development costs and time to market, while improving product reliability and consumer confidence.