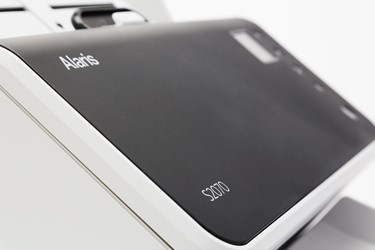 Situation
County Department of Social Services – operating with a paper-based system for benefits applications and record keeping – finds itself overwhelmed by document volumes and logistical issues.

Objectives
Transition to a digital capture and workflow solution to improve productivity, accelerate interactions and approvals, gain greater oversight and security, and save on costs.

“There were bins and boxes everywhere,” says Randy Scott, Financial Assistance Service Coordinator for the Monroe County (New York) Department of Social Services (DSS). “Every process started on paper. We had to work with all of it, add more documents, then file them, and often find many of them again. When files became too large, we had to create more volumes and send them to storage, which was costly.  Then if we needed an older file, there was another charge to have it retrieved yet again. It was a logistically cumbersome, inefficient system.”

The DSS generated all these documents providing a variety of programs to Monroe County residents, including help with rent, SNAP (Supplemental Nutrition Assistance Program}, which replaced food stamps, heating cost and utility bill assistance, daycare, and Medicaid, among others.

“We like working with Alaris. Our people can’t imagine going back to a paper-based system and giving up all the productivity, security, access, speed and savings that our digital transition has made possible.” -- Randy Scott, Financial Assistance Service Coordinator for Monroe County (New York) Department of Social Services

Initially, the OTDA provided Kodak i1420 and i1220 Scanners to the DSS who created a Centralized Document Management Team (CDMT) to send information to various departments. Before long, 24-page, two-sided applications for assistance were being scanned, along with landlord statements, client information, receipts, bills, handwritten letters, notes, photocopies of driver’s licenses, and other important information. The 27-person CDMT in the downtown Rochester DSS – and 11-person team at a satellite location – receive and scan the bulk of the documents, then send an electronic notification to workers in various departments via a centralized scanning system, knows as the Imaging and Enterprise Document Repository, or IEDR.

OTDA developed software and implemented a secure Web capture platform to ensure full compatibility with – and optimization of – their scanners. “Initially, OTDA tech experts spent a week with us to ensure a smooth start-up and provide training,” Scott says. “And as we add new Alaris Scanners, the service and tech people do a great job of making sure everything’s compatible and any hiccups are out of the system before we go live.”

Concerned workers become digital converts
As you can imagine, the transition from paper to digital was a significant cultural change within the DSS. “Previously, an examiner, for example, had all of an applicant’s paperwork in front of them,” Scott says. “They could write notes, work with documents with an applicant, it was all hard copy… right in front of them.” Now these workers were being asked to access all this information via computer.

“It’s fair to say that many people were hesitant when we began,” Scott recalls. “This was new and different. Change is always a bit disconcerting.”  Structured training began in the rollout stage, with individuals from various departments then taking what they learned back to others and sharing the knowledge. Initially, the Care Management department was the first group to go fully digital, followed by Medicaid. When people began to see that documents were easy to access, couldn’t be “misplaced,” and all the information needed was really at their fingertips, positive word of mouth began to spread. “After awhile, the buzz was good and departments in line to come on board next were really excited about the change,” Scott says.

The scanners from Alaris have been well received by the operators in CDM. “The Alaris S2070 Scanners have a screen that counts pages as they’re scanned,” says Patrick Woehrlen, a Clerk 4 in the CDM. “So we don’t have to go back and count pages again on the computer monitor. It’s a great time saving feature.” Operators also cite the built-in Perfect Page technology that significantly improves image quality from poor originals, especially the ability to make faint, low-contrast documents far more legible.

Woehrlen also appreciates the capability of the Alaris S2000 Series Scanners to automatically adjust and optimize scan quality when capturing a batch of light and dark documents. “They can make a document that was basically unreadable into a very readable image,” he notes. Higher scan speeds also make scanner operators’ jobs a lot easier. When you’re capturing over one million documents per year, the boost from 70 pages per minute (on i2620 Scanners) to 80 pages per minute on their newer S2070 Scanners truly makes a difference.

On the client services side, workers like their cleaner desks and “digital desktop” access. In the past, one important paper might be misplaced or lost and that could impact an approval. Or a complete file might be on someone else’s desk in a different department, and the client would be asked to resubmit documents, which led to delays and frustration. Now any file can be pulled up within seconds, and if two individuals need access at once, it’s not a problem.

Along with saving much time and money compared to the previous paper document retrieval processes, most documents are now kept for 30 days and then destroyed. This has significantly reduced the cost of storage.

Today, eight years into their digital transformation journey, DSS is highly pleased with their scanners and service from Alaris. “We now have a mix of S2070 and older scanner models including i1220s, i1420s, i2600s, i2620s, and i3400s from Kodak, now a Kodak Alaris business,” Scott says. “We like working with Alaris. Our people, both in CDM and in multiple departments, now can’t imagine going back to a paper-based system and giving up all the productivity, security, access, speed and savings that our digital transition has made possible.”

All trademarks and trade names used are the property of their respective holders. The Kodak trademark and trade dress are used under license from Eastman Kodak Company.