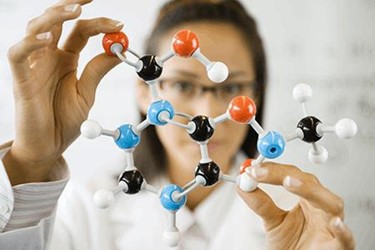 The rise of biologics is having a dramatic impact on how physicians treat many serious and chronic illnesses. While these drugs have great promise, biologics are complex and, as a result, are very expensive to manufacture and subject to technical pitfalls. Pharmaceutical companies looking to add biologics to their pipelines must come up with innovative ways to approach drug development and cut the high costs associated with it.

One way to do this is to simplify the processes to produce and purify recombinant proteins. Simpler processes result in reduced production costs and a faster time to market. In this white paper, we review how the Corynex® Protein Expression System uses an extensive toolbox to improve the levels of protein secretion and overall success rate.

WHAT ARE SOME OF THE BIGGEST CHALLENGES OF PRODUCING AND PURIFYING RECOMBINANT PROTEINS?

Manufacturing highly purified recombinant proteins requires 1) an upstream with high titer and recovery of active, correctly folded proteins, 2) a downstream with multiple steps of purification with high yield, and, therefore, 3) significant time and cost. Recombinant proteins are often expressed in E. coli as insoluble aggregates called inclusion bodies. Active proteins can be obtained after dissolving the inclusion bodies and refolding the protein, which generally returns quite low yield. Expression using mammalian systems requires long cycles for cell breeding, screening, and cultivation. Further, even a single amino acid substitution can cause significantly different levels of expression in any system. This results in researchers using trial and error approaches to look for the appropriate expression system for each of their proteins of interest.

Due to this rich history, the metabolic physiology, biochemistry, genetics, and fermentation systems of C. glutamicum are well known, and various technologies have been developed in order to improve the productivity of amino acids produced with this system. Based on this knowledge, C. glutamicum has been developed not only as an amino acid producing host, but also as a protein production host named Corynex.

Corynex has the advantage of a scalable, high-celldensity fermentation process that can be used to manufacture commercially valuable proteins such as biopharmaceuticals, drug targets, and enzymes. Corynex secretes soluble, properly-folded, and biologically-active recombinant proteins directly into the culture media with high purity.

WHAT MAKES CORYNEX DIFFERENT FROM OTHER SIMILAR TECHNOLOGIES?

Microbial expression systems, such as E. coli, are inexpensive and easy to handle in upstream, although in most cases, require refolding and removal of host cell proteins and endotoxins in complex downstream operations. On the other hand, mammalian cells, such as CHO cells, have highly sophisticated protein modification and maintenance mechanisms, which make downstream processes simpler than many microbial systems. However, creation of stable cell lines and bioreactor production require substantial time and cost. Corynex possesses the best of both worlds: simplified upstream and downstream processes.

HOW IS THE PURIFICATION PROCESS USED BY CORYNEX DIFFERENT FROM TRADITIONAL TECHNOLOGIES?

Corynex has the ability to:

Furthermore, C. glutamicum produces no endotoxins. These characteristics make it possible to construct simple processes with reduced purification steps. High purity of secreted proteins/peptides can be observed in SDS-PAGE analyses of culture supernatant from expression tests.

Because there are many fewer steps than required with other bacterial platforms, there is less protein loss during purification and overall yield is increased. This results in a reduction of costs and time in the development of protein therapeutics.

WHAT SYSTEMS ARE USED IN CORYNEX?

As with all other recombinant protein production platforms, Corynex cannot universally secrete all proteins. To address this issue, three secretion technologies were developed as a standard system in initial expression trials.

Secretion of many properly folded recombinant proteins has been achieved with these pathways including hundreds with disulfide bonded and dimerized structures.

WHAT TOOLS ARE USED WITH CORYNEX?

Since it is not always possible to obtain high titers in the initial expression trial, a toolbox has been developed for Corynex to achieve higher productivity during strain and process development (Figure 3).

The fermentation process using Corynex is quite simple. As previously mentioned, C. glutamicum has been used in the industrial production of amino acids for 60 years. Therefore, the cultivation method using a simple synthetic medium has been well-established, and there is a lot of know-how for process development.

As shown in Figure 4, the combination of strain and fermentation process development can drastically improve the productivity of VHH antibodies.

WHAT IS THE TRACK RECORD OF THE CORYNEX PLATFORM?

Biologics candidates developed by global pharmaceutical companies using Corynex have entered Phase I clinical trials. After feasibility studies were successfully performed, the pharma company engaged with our team to scale-up and produce GMP material at the 1000-liter scale to support Phase 1 clinical studies. Successful GMP batches have been produced and the first human subjects have been dosed.

As an industry leader in microbial fermentation, Ajinomoto Bio-Pharma Services’ expertise and knowledge of incorporating the proprietary Corynex system to simplify the purification process, results in improved delivery of complex recombinant proteins for our clients. By partnering with a CDMO with extensive large molecule experience who can utilize innovative platforms, such as Corynex, you will find yourself with an improved drug development process, reduced production costs and faster time to market.