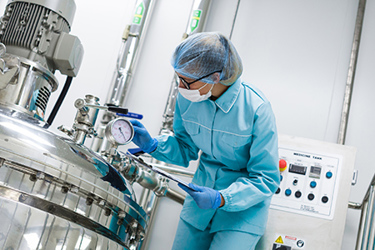 As gene therapy has made significant progress towards broader clinical and commercial successes, the industry is shifting from treating rare conditions among smaller populations to those that afflict larger populations. Two commonly used viral vectors for gene therapy are recombinant adeno-associated viruses (rAAV) and lentiviruses (LV). Most clinical and commercial manufacturing of lentiviral vector consists of transient transfection of four plasmids in adherent flat stock cultures using HEK293T cells. Several challenges are associated with use of an adherent platform for lentivirus production. Adherent production processes are labor intensive and are amenable to scale-out (increase in number of identical units) for large scale production rather than scale-up (increase in vessel size). The use of animal-derived serum and trypsin adds additional safety and regulatory challenges as a result of the potential presence of adventitious agents. Additionally, the lot-to-lot variability inherent to sera contributes to inconsistency in cell culture performance and viral vector productivity. Cell culture vessels in an adherent process must be handled individually and are manipulated for media and reagent addition, thus leading to contamination risk due to open processing. Due to the sheer number of vessels that need to be processed for even smaller clinical batches, these tasks become laborious and ultimately limit the maximum practical batch size. Lastly, thanks to higher demand on the operators as well as increased overhead and raw material costs, there is high overall cost associated with adherent processes.