Benefits And Challenges Of Driving Modernization In Vaccine Development 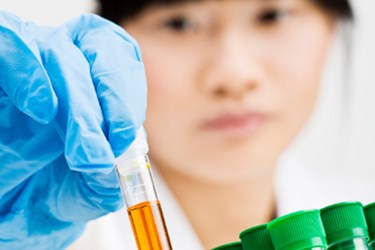 This article was created from the author's presentation at the 2018 Bioprocessing Asia conference, with GE Healthcare as principal sponsor. The BioProcessing Asia Conference series was created to provide a platform to advance the contribution of bioprocessing sciences towards the development and manufacture of affordable biopharmaceutical products in Asia.<

Vaccines have historically been a challenging corner of the industry, as they are highly-regulated and require a greater investment of time and money to develop than other biologics. However, several factors, such as high prevalence of disease, government initiatives encouraging immunization, and technological advancements are creating new growth opportunities in the vaccine market. Many vaccines today, though, are still made using 60-year-old technology, despite the availability of modern technology to improve the quality and speed of manufacturing of vaccines. The impact of this was evident during disease outbreaks over the last decade caused by emerging viruses, including some with pandemic potential, such as SARS Coronavirus, MERS, EBOLA and ZIKA. As these outbreaks occurred, the response time for a vaccine was slow, intensifying the need for a more effective biosecurity strategy.

Protein Sciences, a biotech company recently acquired by Sanofi Pasteur, recognized the need for a production platform that could quickly and effectively produce a vaccine in the case of a pandemic outbreak. Specifically, Protein Sciences targeted a vaccine for influenza, a virus causing record-breaking levels of illness and hospitalization rates over the last several years. The result of their efforts was the FDA approval of the recombinant hemagglutinin (rHA) influenza vaccine, Flublok®, created with the established baculovirus-insect cell expression technology (BEST). Through its experience, Protein Sciences learned several valuable lessons during the development and final regulatory approval of the vaccine.

The Benefits Of The BEST Platform In Flublok Development

The BEST platform was first described in a paper written in 1983 by Gale Smith and Max Summers at Texas A&M University about the potential of using the baculovirus Autographa californica multiple nucleopolyhedrovirus (AcMNPV) to produce recombinant proteins in insect cells.1 From there, the technology matured and has since been used to produce proteins of scientific interest and to manufacture human and veterinary commercial vaccines worldwide.2 The BEST platform utilizes a large double-strength DNA virus, baculovirus, which is highly specific to insect cells and can be used to insert any protein of interest behind the polyhedrin promotor.

When Protein Sciences used BEST to explore a potential vaccine for influenza, the team used a reverse transcriptase polymerase to produce double strand version as the influenza virus is an RNA virus. The hemagglutinin insert is then put into the baculovirus vector, and a universal production process was created that would allow production of any hemagglutinin protein within a very short period. That production process consisted of first growing cells, infecting cells, extracting the protein of interest from the cells, and using a combination of column chromatography and filtration steps to purify the product of interest.

BEST acts as a universal “plug-and-play” system. Once the cell line is characterized, the same cell line—and contaminants—is used to produce any protein of interest. It then that takes only around 21 days to go from gene to production. The transient nature of BEST makes it particularly attractive for the production of influenza proteins, as it could eliminate time-consuming process of preparing and qualifying a new cell line for each new protein (as would be the case for, for example, a stable HA producing Chinese Hamster Ovary (CHO) cell line3). This fast-tracked process for vaccine development not only expedites production of a safe and efficacious vaccine but also allows a quick response to combating newly emerging influenza strains and/or to address pandemics.

While trying to obtain a biological license for Flublok, Proteins Sciences encountered several technical, regulatory, and financial challenges that are important to note as the industry seeks to modernize vaccine development. From a technical perspective, one of the greatest challenges to developing and manufacturing seasonal influenza vaccines is the need to adjust vaccine composition each year and the limited timeframe available to make these adjustments (only a few months). This was an issue Protein Sciences encountered several times over the course of the five-year timeframe it took for the FDA to review the biologic license application (BLA) for Flublok. Each time the vaccine composition changed, Protein Sciences had to revalidate its development process using new hemagglutinins.

Manufacturing recombinant hemagglutinins facilitates timely delivery of new antigens, and the recombinant process creates an exact match to the circulating viruses. With less time needed to update the vaccine, scientists are given more time to select a vaccine composition, leading to faster development and manufacturing of an influenza vaccine. In addition to this issue, there was also not a vaccine approved at the time that produced hemagglutinin by infecting cultures of insect cells with a baculovirus. This generated questions from the FDA about the potential presence of any known or unknown advantageous viruses, requiring significant work from Protein Sciences to prove Flublok’s safety.

The Impact Of Investor Confidence

Using a novel technology platform may lead to new and improved products, but its inherent uncertainty comes with additional regulatory challenges. Specifically, the five-year review of Protein Science’s BLA is evidence of the additional scrutiny the FDA applies to new technologies and production methods. While it is certainly necessary to ensure these approaches are not only effective but safe, waiting years for a product to make it to market can become a long, difficult journey for a small company with limited resources. Bringing new biopharmaceutical products to the market requires significant funding, and influenza vaccines are not an exception. Adequate funding must be available for all stages of a vaccine development.

Initially, Protein Sciences received financial support from the NIH, its development partners Diamyd and UMN, as well as other private investors. This aid provided the money necessary to conduct clinical trials that would eventually prove Flublok was efficacious. In 2008, the license application for the vaccine was filed with the FDA. The following year, Protein Sciences received a $150 million contract from the Biomedical Advanced Research and Development Authority (BARDA) to continue development. This support became the game-changing factor for the approval of Flublok, as the changing nature of the vaccine and the new manufacturing process elicited many questions from the FDA throughout the approval process. Providing regulators with the necessary information to prove safety and efficacy required a significant amount of resources that would not have been available without the money from BARDA.

Overall, the technical and regulatory obstacles faced by Protein Sciences are common when bringing something new to the market using a development platform unproven for commercial products. Nevertheless, by pushing the boundaries of innovation, Protein Sciences piqued the interest and support of the U.S. government, which ultimately became the key factor in overcoming the challenges of developing a safe and reliable biosafety strategy. 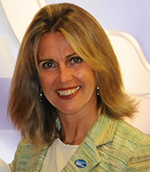 Dr. Manon M.J. Cox, MBA joined Matrivax as CEO  and Member of the Board of Directors in January 2019. She founded NextWaveBio early 2018 following her departure from Protein Sciences Corporation where she led the development of Flublok®, the only FDA approved recombinant influenza vaccine. In August 2017 Sanofi completed the acquisition of Protein Sciences Corporation where she served as President and Chief Executive Officer since April 2010 and Director since 2008.  She joined Protein Sciences in 1998 as Director of Business Development and became Chief Operating Officer in 2003. She serves on the Board of Trustees of St. Joseph University, the Board of the Netherland-America Foundation and its Education Committee, and the Scientific Advisory Board and Epivax Oncology. Previously she was with Gist-brocades, a large Dutch company specialized in fermentation, where she held various management positions, most recently in New Business Development and before that in Production and Research and Development. Prior to joining Gist-brocades, she worked as a Molecular Biologist on the development of a PCR screening test for cervical cancer at the University of Amsterdam.