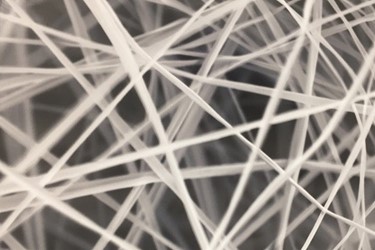 This article was created from the author's presentation at the 2018 Bioprocessing Asia conference, with GE Healthcare as principal sponsor. The BioProcessing Asia Conference series was created to provide a platform to advance the contribution of bioprocessing sciences towards the development and manufacture of affordable biopharmaceutical products in Asia.

The dominant technique for chromatographic purification in today’s pharmaceutical industry uses highly porous microscale beads with a functionalized surface to allow discrimination of drug product from the complex process stream. For example, with a Protein A ligand on the surface, monoclonal antibody (mAb) purification is mediated via an affinity interaction. However, as the biopharmaceutical market continues to evolve and grow to adapt to clinical and economic drivers, there is an increasing need to improve both intensification and flexibility of facilities. To address this, new technologies that increase productivity and are economical in single-use operation are required across unit operations, leading to the exploration of alternatives to porous beads.

One such technology is Fibro, which uses a novel proprietary structure that overcomes the diffusional and flow limitations of packed bed chromatography purification systems. It also aims to address capacity issues of chromatography membranes, which have limited their application to predominantly contaminant capture steps. The new adsorbent material has the capability to not only improve process flexibility and robustness but also meet the demands of the rapidly changing biopharma landscape.

The recombinantly produced chromatography ligand “Protein A” has enabled the era of antibody biopharmaceuticals by allowing all therapeutics of this type to be purified using the same approach to achieve more than 99 percent purity in a single step. While Protein A was discovered in the 1960s, it was not until the 1980s that it started to be widely utilized in the industrial purification of antibodies. The development of Protein A technology has mirrored the needs of the industry, first by removing animal-based components from the production of Protein A and then by improving the pressure/flow properties of the chromatography bead. In 2005, the commercialization of the first alkali-stable protein A medium, MabSelect SuRe™, advanced Protein A technology even further by dramatically extending the lifetime of Protein A media and thereby reducing the cost of mAb purification. Most recently, GE developed MabSelect PrismA to address the needs of higher titer cell cultures by improving capacity and alkaline stability (Figure 1).

The ligand was developed using high-throughput screening to identify amino acids sensitive to alkaline degradation, so they could be substituted with more stable ones. The first screening was performed on monomers, and the most promising constructs were multimerized into stabilized ligand constructs. More than 400 constructs were screened with GE’s Biacore™ system, which is used for high-quality characterization of molecular interactions.

Exploration Of Chromatography Adsorbents For Protein A

Despite its effectiveness, Protein A ligand is costly, as it is a protein derived from recombinant production process, which requires purification itself to be safe to use in subsequent biotherapeutic manufacture. Therefore, to utilize the Protein A ligand effectively, the adsorbent material must have a high surface area-to-volume ratio to efficiently capture as much antibody as possible in the smallest physical volume. This surface area must also be accessible to large protein targets (mAb being around 5 nanometers). Furthermore, utilization of the ligand is dependent on the time taken to complete a purification cycle (binding and elution of product combined with multiple wash and conditioning steps). Productivity is thus a function of the amount of product that can be purified per unit of time and per unit of adsorbent and the use of multiple cycles to amortize the up-front cost (up to 200 cycles often cited as achievable).

Bead-based chromatographic adsorbents are highly porous, with the majority of their ~40m2/g surface area being “hidden” within the inner structure. Thus, the target antibody carried in the bulk feed media must go through two stages of mass transfer before reaching the functional binding surface buried deep within the pores of a chromatography bead, as shown in Figure 2. The initial film diffusion takes place, followed by diffusion into the porous structure. This transfer requires sufficient residence time to take place, resulting in a flow rate-limited operation, as faster flow rates reduce binding capacity and productivity. Diffusion then presents a fundamental barrier to improving purification productivity using beads.

Additionally, as the bead support structure is compressible, increasing flow rate reduces the interstitial void and thereby increases the back pressure. Above a critical limit, this compression causes irreversible mechanical damage. For industrial scale bead-based operations, residence times of between 3 and 12 minutes are used, which leads to a cycle time in the region of 6 to 8 hours. Although multiple cycles for a single batch are used in some processes, making this process cost effective requires use over multiple batches, with associated inter-batch validation costs and activities, e.g., cleaning and storage.

Monolith and membrane technologies that operate by convective mass transfer do not rely on diffusion and can therefore be operated at lower residence times (higher flow rates). Yet, they are limited in their available surface area. This has led to their adoption in scenarios where capacity is less critical, e.g., toward the end of the purification chain where contaminants are mostly removed and, in low amounts, can be pulled out by these adsorbents. Therefore, to increase the productivity of product capture steps such as Protein A, new adsorbents are needed to combine a high flow rate with rapid mass transfer.

The structure of the fibers in the Fibro technology is highly open to facilitate mass transfer without diffusion like the membrane and monolith technologies but also yields a high surface area resulting from its manufacturing method. Electrospinning is an additive process by which the Fibro technology is manufactured. An electrical charge is applied to the polymer solvent solution, which leads to self-repulsion due to the induced electrostatic charge. This results in the formation of jets from the polymer solvent solution. The solvent dries off, and the charge migrates to the surface of the polymer, causing a rapid acceleration through a whipping process with the fiber diameter decreasing as the fiber spins out (Figure 3).

With a long hydrocarbon chain-linked polymer used in this material, the chains become entangled and cannot separate from one another, ensuring the polymer structure remains intact and forming the fiber. Each fiber layers on top of another in a completely random form, similar to a ball of yarn or spaghetti. This process creates a material with a very high surface area – ~10 m2/g compared to ~0.7 m2/g for traditional porous cast membranes, which creates homogeneity and ideal properties that allow rapid mass transfer to the surface.

The difference in performance between the Fibro technology (orange line) and porous resins (blue line) (both with the PrismA protein A ligand) is shown in Figure 4 above. Although the surface area of the Fibro at ~10 m2/g is lower than that of the bead (~40 m2/g), the binding capacity from the left axis shows a much smaller difference in binding antibody, with higher capacity for Fibro at short residence times. This is potentially due to surface area being determined by nitrogen molecule adsorption and so it measures area the antibody molecule cannot reach. As the residence time increases, there is more time for diffusion to take place and the bead capacity increases. However, the Fibro capacity remains largely constant, adding further support to the case that the binding is minimally impacted by residence time due to a highly accessible surface area.

The ability to operate Fibro at short residence times has significant impact on an industrial scale. Rather than taking 6 to 8 hours to perform a cycle on a bead column, a Fibro cycle can be completed in around 5 minutes. This means that, with a large enough fiber technology device, a chromatography step could be run in just 2 or 3 minutes instead of the one to five days required today. The ability to complete full chromatograms in just minutes using fiber absorbents allows for rapid column recycling. Fibro could complete hundreds of cycles in the same amount of time it takes to run just one or two cycles on a normal column at large scale. Productivity such as this would shrink the operational footprint considerably.

Finally, by enabling the full amortization of the cycle lifetime of the Protein A ligands, Fibro effectively modernizes the Protein A step into a single-use operation. Fibro also offers flexibility that will be beneficial in continuous manufacturing, as an end user can change the feed-flow rates to adapt to upstream process variation without fear of change of purification performance.

A Technology For The Future

To demonstrate the scalability of Fibro, a team at GE used the fiber technology in combination with its MabSelect PrismA Protein A ligand across many different molecules. Figure 5 shows the conformity of the UV trace, which tracks the protein through the chromatography rig from the first cycle to the 90th cycle. It was purified with a 40-milliliter absorbent volume of the fiber material. Over a 6-hour period, 114 grams of mAbs were produced.

In terms of productivity, nearly 500 grams of mAb were purified per liter of absorbent per hour, as opposed to only about 10 grams per liter per hour produced by the resin columns commonly used today. This level of production is critical, as the future of biomanufacturing is trending toward smaller batch sizes with annual production rates below 150 kilograms and a dramatic increase in upstream titers, which puts new demands on bioprocessing manufacturing design.

Multiproduct facilities with easy and fast changeover between campaigns have become more important, driving the adoption of single-use technologies. Increased upstream titers also put extra pressure on downstream operations where better productivity is required. This has resulted not only in recent developments of high-capacity resins but also in the adoption of continuous chromatography. Flexible facilities utilizing scalable technologies reduce process development risks during manufacturing handover by allowing biomanufacturers to delay capital investment until they know how their drug will perform on the market.

In developing the technology, GE has completed development of the regulatory documentation necessary for the technology to become commercially available later this year. A GE team based in Stevenage, UK, has worked with over 50 different mAbs from collaborators across the globe, large and small. In every case, the quality of the product produced from the Fibro purification process is the same as the quality produced by existing Protein A technologies, due to the enormous power of the engineered Protein A ligands like PrismA.

There have been previous calls for the development of new technologies to replace Protein A chromatography, but due to its effectiveness, Protein A is nearly universally employed for mAb manufacture. Yet, rather than replace Protein A chromatography, Fibro offers a step-change in its productivity, which will extend the use of Protein A for platform processes for many decades to come. Critically, for those working with newer biological targets, Fibro will ultimately be combined with a wide range of ligands and functionalities, making it relevant to other key areas, such as the purification of viral vectors. 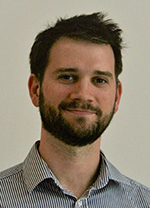 Iwan has a master’s degree and a doctorate degree from the Biochemical Engineering department at UCL. While researching engineering solutions to the scale-up and commercialisation of cell-based therapies, he became involved with a project from professor Dan Bracwell’s group. Dan’s Post Doc Dr Oliver Hardick was developing an alternate chromatography material based on fibres. Iwan and Oliver spanned the technology out from UCL, and in between 2014 and 2017, they sourced venture capital financing. With support from industry collaborators, Iwan and Dan demonstrated the industrial application of the technology. Their company “Puridify” was bought by GE in Nov 2017. Iwan is now working with GE to commercialise and launch the technology.