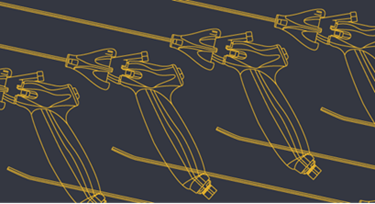 Allison London Brown, CEO of UVision360, Inc., sees her medical device startup as part of the emergence of new health care technologies and medical innovations, which enable certain surgical procedures to move from a hospital-only setting to a clinic or doctor’s office.

London Brown says that the company’s mission is to create a better path for women and their physicians in performing the diagnostic and therapeutic procedures hysteroscopy and cystoscopy with the Luminelle hysteroscopy system. That path—when it came to quickly prototyping parts with micro-sized features—led UVision360 to Protolabs and its stereolithography (SLA) additive manufacturing method, and its exclusive MicroFine Green™ material, which produces 3D-printed parts with extremely small features as small as 0.0025 in. (0.0635mm). 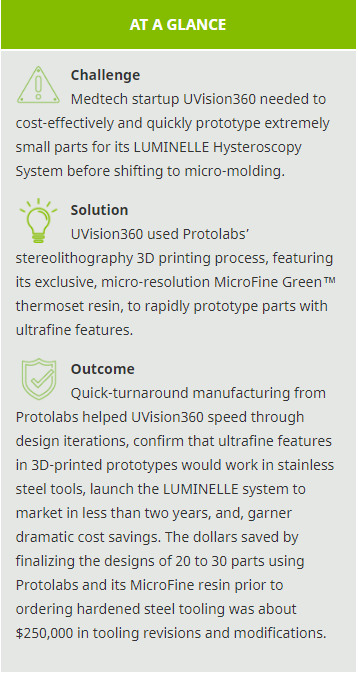 Hysteroscopy—used to identify or treat problems of the uterus—involves inserting a hysteroscope through the vagina and into the uterus. With the use of other instruments, hysteroscopy can be used to perform procedures such as finding the cause of abnormal uterine bleeding, removing adhesions, looking for potential causes of repeated miscarriages, locating and removing an intrauterine device, and sterilization. LUMINELLE is also indicated for diagnostic and operative cystoscopy (cystoscopy, which involves examining the bladder and urethra, is used for treatments such as botox for over-active bladder).

Advances in medical technology over the last decade have enabled doctors to perform more procedures in their offices. While a number of diagnostic/operative procedures for both women and men have moved into a clinic-based setting, hysteroscopy has been slower to respond to this shift. About 70 percent of hysteroscopy procedures still occur in a hospital or ambulatory surgical center, based on estimates/survey from the Centers for Disease Control and Prevention’s National Ambulatory Medical Care Survey. In these settings, the procedure typically involves use of standard endoscopic instruments that require adapters for hysteroscopy as well as anesthesia to manage pain. The entire system can cost $45,000 to $75,000. Because of that cost, the ergonomic and space challenges of using current instruments in their office, and the set-up challenges that these larger systems present, many gynecologists do not practice hysteroscopy in their offices.

“A lot of these procedures are done in hospitals with old technology that is bulky, big, and uncomfortable,” Erich Dreyer, chief technology officer for UVision360, said. “The best analogy is it’s a sledgehammer on a finish nail.”

UVision360’s solution is the patented LUMINELLE DTx Hysteroscopy System. The system includes a flexible, 2.0mm hysteroscope designed with the latest CMOS (complementary metal-oxide semiconductor) micro-technology—the same kind of image sensors that allow smartphones to capture high-resolution, high-definition pictures. This reusable scope is coupled with a portfolio of attachments (the LUMINELLE DTx and Dx 360° Rotatable Disposable Sheaths) that fit over the scope allowing physicians to perform a range of procedures and facilitating a 360-degree view of the anatomic space. The LUMINELLE system is available for less than $10,000. It has the potential to lower out-of-pocket costs and may offer patients greater comfort because of the small size and rotational view. 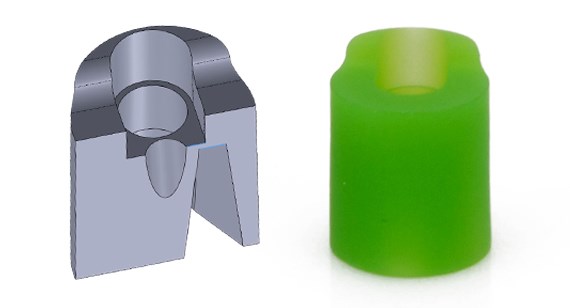 The LUMINELLE hysteroscopy system includes extremely small, 3D-printed, MicroFine Green parts made by Protolabs, as seen in this manifold adapter part example from two views. This part has quite tiny dimensions of 0.30 in. cylinder height, 0.44 in. overall height, and 0.27 in. base.

When design work on the LUMINELLE began in November 2016 at North Carolina-based UVision360, the primary development challenge was quickly proving the LUMINELLE’s design without spending a lot of money, Dreyer said. Complicating the effort was the micro-sized scale of some of the features in the plastic attachments that work with the 2mm hysteroscope.

“As a startup we have to make much tougher decisions on where to spend the money because we don’t have unlimited funds,” Dreyer said. “So what we have to do is find cost-effective yet time-effective solutions that don’t affect quality or performance.”

A traditional approach would have been to build hardened stainless steel tools for injection molding the LUMINELLE’s complicated parts, Dreyer said. But having a hardened tool built can take eight to 12 weeks and having changes made can take two to eight weeks more.

Dreyer, who had used Protolabs on numerous past projects, turned to its micro-resolution SLA 3D printing process. That process uses Protolabs’ MicroFine Green thermoset resin to build parts in 0.001 in. (0.0254 mm) layers.

“For me to build feasibility devices or prototypes and test out the design in an extremely cost-effective and time-effective fashion, I don’t have another solution other than Protolabs and specifically their MicroFine Green,” Dreyer said. He had no other options outside of MicroFine to get the tolerances he needed, he said. “It’s a great application for testing out designs that will eventually be micro-molded.”

Dreyer used Protolabs’ automated quoting tool to quickly modify and confirm his part order, which he received the next day.

“Protolabs and its MicroFine get me to a prototyping stage that I know will match that of the actual production parts off of a hardened tool,” Dreyer said. “I wouldn’t want to be surprised when I get my $50,000 tool [from another supplier] and it doesn’t work the way I thought it would.” 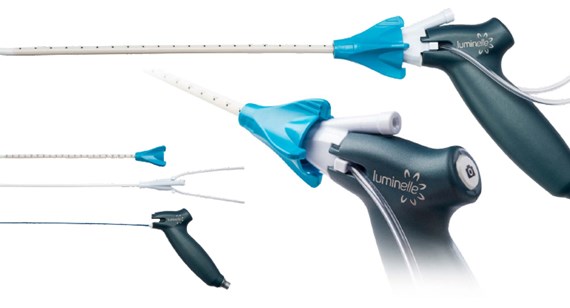 Indeed, Dreyer, said, the cost savings through using Protolabs was dramatic. The dollars saved by finalizing the designs of 20 to 30 parts using Protolabs and its MicroFine resin prior to ordering hardened steel tooling was about $250,000 in tooling revisions and modifications.

The first products in the LUMINELLE line launched in August 2018, less than two years after design began, Dreyer said. Under a commercial strategy formalized in April 2019, UVision360 has been placing products in markets that are committed to office hysteroscopy and cystoscopy. All customers have reordered and an expanded commercial push is possible in 2020. In June, UVision360 announced the launch of a new LUMINELLE DTx Sheath that had received U.S. Food and Drug Administration clearance.

Product development often means sacrificing cost, time or performance, Dreyer said. But in this case, he said, “MicroFine has allowed me to design freely without those three constraints.”