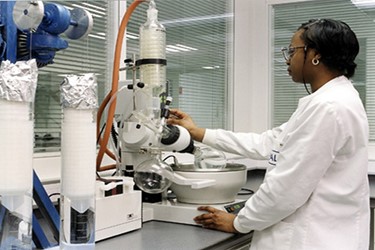 Agreed standards will drive all industry players towards the same goal: better bioprocessing. And efforts from BPOG, among others, are leading the way.

The latest advances in biopharma manufacturing are really exciting – whether you look at innovations from Pall Biotech or across the industry as a whole. Single-use systems have advanced significantly and the flexibility they offer is helping numerous drug manufacturers bring their products to market much faster. Now, continuous bioprocessing is also starting to become a reality. All of the progress that is being made in biomanufacturing will help make therapeutics more globally accessible and lower the cost of drugs in the long run, but to reach that future we must collaborate.

Fortunately, there is a huge amount of collaboration in today’s biopharma industry – not just in terms of advancing science, but also in raising standards that will make it easier to implement new technologies. One of the big fears in the industry is that the introduction of new technologies will be hindered by a lack of understanding of what regulators really want in terms of risk assessments and data. Many suppliers, including Pall Biotech, regularly discuss new technologies with the FDA and other regulators, but what we really need are agreed industry standards to bring everyone onto the same page.

It’s not unusual for a supplier and a drug manufacturer to work together, but discussions are often one on one. In recent years, there has been significantly more cross-pollination with multiple manufacturers and suppliers – even competitor companies – working together for a larger purpose. The BioPhorum Operations Group (BPOG) is one fantastic example – their “phorums” include insight from manufacturers and supply partners. BPOG has traditionally been an organization for drug manufacturers but today involves many suppliers, and the organization also works closely with the Bio-Process Systems Alliance (BPSA) – traditionally a more supplier focused association. Suppliers and drug manufacturers used to be very different, but there is now a greater understanding of the important role each party plays. When it comes to single-use, there have been a lot of concerns around extractables (1). Although the United States Pharmacopeia (USP) chapter <1663> (2) provides the general driving guidance for extractables assessments associated with pharmaceutical packaging, it refrains from prescribing a fully standardized protocol that can be uniformly applied to single-use process equipment. In recent years, BPOG has been working to establish standardized expectations for extractables (3,4) by publishing a detailed protocol that they felt could be executed by suppliers, and that would provide sufficiently extensive datasets to satisfy internal quality personnel and regulators for the vast majority of biologics applications.

However, the proposed end-user requirement was incredibly expensive – it would have cost tens of millions of dollars to generate that level of data, when not all users required it. Hence, the uptake has been slow. The US Pharmacopeia – which includes representatives of the BPOG end-user community as well as the supplier community - is now engaged in this area, digesting scientific input from end-users, suppliers, regulators, and related industry experts, and I think it has really helped bring the industry together to talk about the issue and what is needed. As USP <665> and <1665> (5,6) prepare for a third and final round of public comment in the pharmacopeial forum, there is good news for early adopters as any BPOG testing performed to date, will be expected to satisfy the extractables profiling requirements of USP <665>. Between the BPOG proposal for extractables testing, as well as the pending USP <665> (3), there is light at the end of the tunnel. One way or another there will be an expectation – we need to make sure it is the best standard possible.

Similarly outside of BPOG, there have been efforts through the American Society for Testing and Materials (ASTM) and Parental Drug Association (PDA) to achieve a consensus on how the industry should approach and examine particulates that come from equipment use and pharmaceutical manufacturing, as the existing USP <788> standard focuses on particulates in the final drug product and does not readily translate in a meaningful way to individual single-use processing equipment. This is especially critical with particulates, as technologies are evolving rapidly, and different methods can lead to very different results, with different types or levels of particulates reported.

There are also many other similar efforts. The American Society of Mechanical Engineers BioProcess Equipment Group (ASME BPE), for example, is focusing on best practices for building biopharma equipment and standards for single-use system fittings to ensure that components fit well together (even if they are from different suppliers) and do not cause leakage. Other ASTM workgroups are developing consensus standards for leak or integrity testing of single-use systems.

What a waste!
Overall, there is enormous amount of wasted effort in terms of testing and analyzing data because suppliers characterize things in different ways – and end users interpret the data in different ways. Standardization would lead to a more seamless flow of information in which suppliers, end users and regulators all understand very quickly what was done, the rationale behind it, and what the results mean in terms of the manufacturing process and its impact on drug product critical quality attributes.

As an example of how standardization could offer benefits, let us consider material change control. Once a drug product is approved, manufacturers don’t like to implement changes as fully assessing the impact on the drug product is non-trivial. However, change invariably happens as biopharma supply chains are complex. As an integrated solution supplier, if something has to change in one of our materials, such as with a filter or biocontainer bag, then we notify the customer, provide timelines and do everything we can to support the drug manufacturer with their risk assessment. Take for example the general industry-wide trend for polymeric resin suppliers to replace phthalate-based polymer resins with nonphthalate- based equivalents. In such cases, not one, but typically multiple single-use component and system suppliers, who often pull from the same pool of available polymer materials, may be impacted by the raw material change. Each impacted component and system supplier will assess the change, make terminal buys, notify their customer base, and then implement a change, which from a holistic industry perspective, may span several years for a single raw material change. As end users often buy from multiple singleuse suppliers, they may feel the frustration of a single raw material change working its way into multiple types of single-use components purchased from multiple suppliers over a span of years. Each of the impacted suppliers will be performing costly testing to help support risk assessment, as will many of the drug manufacturers in order to suit their own individual protocols. Manufacturers often claim that supplier data packages lack the details they need, but suppliers don’t always know what is expected, as different endusers have different applications, expectations and requirements. If we can agree on what testing needs to be done and exactly what data is needed, it should accelerate the whole process of qualifying new technologies and materials, and give suppliers and end-users more confidence in one another. As a first step, BPOG and BPSA have released a guide on change notification for singleuse which focuses on when and how to communicate a change and other groups continue to work on the topic in terms of what data sets are needed and so forth.

As an industry, we are moving away from focusing on the minor competitive advantage in specific areas that benefit us all, to instead collaborating in working groups to discuss overall best practices and come to a consensus on standards that can help grow the entire industry. With the new approach, the rewards are much higher than can ever be achieved by one company seeking a competitive edge. BPOG, BPSA and other organizations have released a number of best practice guides, and now is the time to turn these into standards – and to align them globally. As one good example of global collaboration, consider China’s recent joining of the International Conference on Harmonization as well as the joint workshops and extended partnerships being formed between the Chinese Pharmacopeia with USP and the European Pharmacopoeia. With all of these collaborative industry working groups, most have an international flavor because of the recognition that it is in everyone’s best interests to achieve a globally common unit of standards and expectations – the rate at which individual regions get to target expectation may be different, but we are all heading in the same quality direction.

Technologies like single-use have proven their worth in the industry. And newer innovations, like continuous processing, will generate enormous impacts as well. It is crucial for suppliers and end users to standardize on what types of data, information, best practices, and risk assessment approaches are needed to support the implementation of these technologies.

Standards won’t cover every drug manufacturing scenario, but they will cover a significant proportion. And they will bring much needed clarity to the industry, and allow changes or data sets to be interpreted very quickly – ultimately accelerating the drug development process, as well as the resolution of changes that happen to excipients or equipment during the product life cycle.

Originally published by The Medicine Maker

Automated Processing Techniques And Lean Principles Are The Future

Choosing The Right Technology For The Right Problems

Making The Medicines Of The Future

Mapping The Evolution Of Biomanufacturing

The Right Choices In Biomanufacturing EBook - Mapping your route to streamlined biotech manufacturing. Experts share their advice to help you choose the best path for your product.