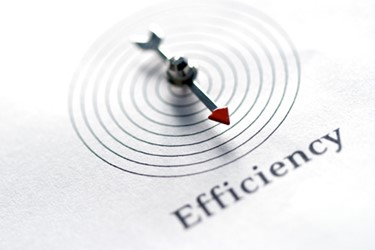 With over 12 million users, one million educators, 1,000 districts, and 60,000 schools across 130+ countries, Schoology is a Learning Management System (LMS) industry leader who provides a SaaS-based learning platform to connect students, teachers, content, and systems. Beyond K-12 programs around the world, Schoology is used by many higher education institutions such as LASPAU (A Harvard University Affiliate), CSU Global Campus, the Boston Theological Institute, and Universidad Metropolitana de Monterrey.

According to Amar Shrivastava, VP of Finance and Administration, “The company evolved from an idea for a school project, developed by the four founders. The project then turned into a company, starting in 2009. Six years later, our leadership team has raised almost $60M—first with seed capital, then a $7M series B, a $15M series C, and a $32M series D—from the likes of FirstMark Capital, Intel Capital, Great Road Holdings, Great Oaks Venture Capital, and JMI Equity. This doesn’t happen unless a SaaS product successfully achieves milestone after milestone.“ Shrivastava has spent his career leading finance and administration for early-stage software companies and came on board with Schoology in 2012, when they had 350,000 users. As employee 17, he joined at the market-fit milestone, and the founders chose him to build the financial foundation for growth.

Moving from Market-Fit and Adoption into Series B Scale-Out

Shrivastava offered his view on their high-level needs at the time, “Five years ago, the company started to hire outside of the founders, and I came on board a year later. We had very good traction. We quickly moved from 350,000 to 500,000 users using the free product, paying customers were ramping, and we just closed a Series B. Up to that point, the team was using an outside firm to run the books and SaaS revenue was being tracked in a spreadsheet—we needed a better way to manage the business.”

As Shrivastava dug into the financial operations, he knew their spreadsheets were creating several problems regarding revenue recognition. “First, it took a lot of time and resources to manage our spreadsheet, which was expensive and error prone. Schoology was quickly bringing on more paying customers, and the spreadsheet wasn’t scaling well. Beyond tracking more and more data, it was becoming more and more complex as we enhanced it, for example, adding more reports and charts. Ultimately, the data showed too much variability—it was untrustworthy. And, we really needed to make sure it was accurate to manage the business appropriately. We needed to get the data out of the spreadsheet and into a system,” said Shrivastava.

In addition, he clearly saw several process problems. “At first, I was providing support for the entire sales team with no additional resources. As order and contract data moved from sales to finance, invoices were introduced, revenue recognition schedules needed to be created, and contract renewal dates were captured. This wasn’t such a big deal with a spreadsheet and one dozen contracts coming in per month, but it was quickly falling apart as 30, 40, 50, or more contracts start coming each month. In these cases, throwing more bodies at a problem doesn’t work,” explained Shrivastava, “When you looked at our processes, such as matching invoices with a revenue recognition schedules, it was easy to see that valuable time was being wasted. Yet, this was a business-critical function—we needed to do this properly for both day-to-day decision- making and future fund-raising. It wasn’t an area to ignore or deprioritize.”

1. Deciding on the Most Valuable System for Shareholders’ Money, Time, and Risk

Shrivastava began searching—he needed financial operations for SaaS and subscription-based businesses. “While looking at several, well known, larger software packages, we realized price was just just as important as features—many SaaSOptics competitors were incredibly expensive. We couldn’t afford to spend months and months implementing one of these high-priced packages—it just introduced too many expenses and risks  for a company of our size. If we took on a big project, particularly around revenue, and it failed or fumbled, it could potentially impact fund-raising, valuations, and equity. I recommended we implement an appropriately- sized solution for our business at the time,” explained Shrivastava.

2. Addressing Key Requirements: Ease of Use, Flexibility, Automation, and Visibility

As they looked into SaaSOptics, they saw a system designed for SaaS companies by people who had previously built and run SaaS companies. “When we saw SaaSOptics, we immediately saw the ease of use and how it was purpose-built for SaaS. There was also flexibility built into contracts, orders, invoicing, and revenue recognition, and it was a critical requirement to tailor the system to our needs,” Shrivastava stated, “After the first demo, I could see how the processes would change to streamline steps and reduce manual errors. I knew SaaSOptics would make things much simpler and easier, also providing our business with push-button visibility and analytics for critical financial data.”

3. Designing a New Process for Invoicing Efficiency and Error Prevention

Shrivastava explained the approach to invoicing, “SaaSOptics pushes invoices to QuickBooks, and this meant invoices would always match bookings, which closed the loop on revenue recognition. As well, if a transaction for a two-year deal was closed and payments needed to be split into 24 monthly increments, we could automatically establish these at the time of booking. The SaaSOptics integration ensured invoices were pushed out of QuickBooks in a timely manner and without relying on manual steps—we could set it up and rely on it to just happen. Then, I could easily report on it.”

From a renewals perspective, one of the most important metrics for SaaS business health, SaaSOptics ensured revenue wouldn’t be left on the table. Shrivastava explained how, “SaaSOptics reminds us about contract end dates and missing renewals. This solved another problem for us—when salespeople forgot  or other manual errors entered the booking and renewals process, we were basically creating unnecessary churn, even if it was temporary. Our executive team clearly saw how SaaSOptics would make renewals bulletproof—the notifications and reports to identify these opportunities were very simple to start using right away, and we did.”

5. Implementing the New Processes and Systems in Under One Month

Shrivastava also experienced the speed of implementation, “Beyond functionality, SaaSOptics addresses many other needs for growing SaaS companies, including the cost, risk, and timeframe to migrate data and move the application to production. We took under a month to deploy—from kick off and training, to data preparation, setup, data import, testing, and go-live. As we brought transaction data from QuickBooks to SaaSOptics, we could begin using reports on day one. We had a smooth transition too. We ran our spreadsheet in parallel for a month, and this ensured all the prior data made sense and the new process and system was working effectively.”

“Beyond using SaaSOptics’ financial analytics for key business decisions and closing our books at regular intervals, it has been a foundation for smooth audits. When we prepped for our first audit, done by one of the big four firms, I was worried about the holes and problems—was the auditor going to come in and say things were incorrect? Had we overvalued our revenue? Were the sales and finance operations processes working? These were all big concerns. After the first audit, I realized just how valuable SaaSOptics was. Now that I have been through an audit three more times with SaaSOptics, I have complete confidence. We have a series of reports that the executive team can trust and auditors can trust too. As we’ve grown, this has been immensely valuable to our company,” explained Shrivastava.

“When we got rid of our spreadsheet, life was easier—we had far fewer errors, plenty of automation, and effective reports on all key financial metrics—many that  we  helped  design  because  the  SaaSOptics  team does a great job listening to their customers”, said Shrivastava, “If you’ve  been  around  software  for  any length of time and migrated from a spreadsheet to a real system, you know the difference is night and day—spreadsheets just have limits in terms of scale. They don’t make you efficient or effective and real-time visibility is impossible. In addition, our Salesforce.com integration has reduced invoice entry time by 75%.”

Shrivastava also put his own, personal effectiveness into words, “As we began using the Salesforce.com integration, SaaSOptics made it easier for one person to effectively manage the entire process without worrying about problems. Without SaaSOptics, we would have hired an A/R person much earlier. With it, we would bring in 50 customers a month—even 100+ in a peak period—and I could do it on my own, without wasting time on issues or errors.

He explained, “SaaSOptics’ Salesforce.com integration also allows us to see bookings and revenue alongside multi-dimensional sales data—industry, customer size, sales person, and more. Basically, any tag in Salesforce.com is available inside SaaSOptics. With SaaSOptics, we get strategic views—we can see patterns of growth in certain areas, problematic customers or regions, and much more. As we went through follow-on fund raises, we could easily provide waterfall reports to new investors—new versus existing versus contracted customers—were available in short order. We could also slice and dice these quite easily. SaaSOptics has made fundraising much easier for us, and investors like it too.”

4. Giving Company Leaders, the Board, Auditors, and Investors a Trustworthy View of Financials

“As we moved from seeing early SaaSOptics demos, to planning for an implementation, then deployment, and use—now using it for 4 years—we have nothing but confidence in SaaSOptics. We have connected processes and data to get an integrated view of sales, operations, finance, and executive management over time. We know how SaaSOptics can impact business decisions and fund-raising. Most importantly, I trust the data in SaaSOptics, the executive team trusts it, the board trusts it, auditors trust it, and investors trust it,” Shrivastava offered.

5. Proving to be a Great Decision for SaaS CFOs and CEOs

Shrivastava summed up the power of good financial decision-making processes and systems, “As the VP of Finance and Administration, I am constantly considering the trade-offs of cost, risk, and outcome when it comes to our investments in people, process, and technology. We have to use our investor’s money to maximize shareholder value and grow. At the end of the day, we put SaaSOptics in place in one month, with very few resources, and it has scaled substantially over time, meeting all our needs along the way. There are few systems I am a big proponent of, and, when I talk to other SaaS companies, SaaSOptics is the top of my list of recommendations.”