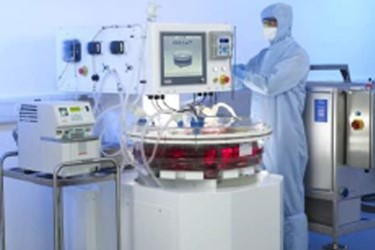 Gene therapy, including oncolytic viruses, where new genetic material is introduced into the body, holds promise to cure or alleviate symptoms of many different diseases. In the last few years, the field has seen rapid growth with at least 11 drugs approved globally. A ClinicalTrials.gov search on the term ‘gene therapy’ returns 734 industry sponsored clinical trials worldwide with 464 in the US. The promise of the field has led to large amounts of investment and it is expected that the value of the gene therapy market will exceed $10B in 2025(1).

Viruses are a popular choice for gene delivery due to their target cell specificity, relatively high target cell infectivity and low toxicity upon infection. Table 1 shows typically used viruses and their suitability for various applications. Adeno-associated virus (AAV) vectors are the most widely used system in current clinical development.

Gene therapy can be broadly broken down into two categories depending on whether the genetic modification takes place in- or ex-vivo. This, along with the length of genetic material being introduced, the cell type being  targeted, and whether the therapies’ efficacy requires integration of the genetic material into the patient’s genome determines which vector is best suited.

Gene therapy is a rapidly emerging market for biologic drug development because of its potential to address many currently incurable genetic diseases. Manufacturing of viral material at sufficient cost and scale remains
a bottleneck to the further development of the industry.

Manufacturing of material for orphan diseases with small patient populations can be addressed through current technologies although there are efficiencies to be gained from moving to more closed, automated systems.  Conditions with larger patient populations or high dose requirements will require development of other  approaches to meet market demand. The fixed-bed iCELLis bioreactor is an example of a system that can  grow adherent cells to large scale and therefore reduce the risk during process development as cells do not  need to be adapted to suspension culture. Titers also remain high and there can be further efficiencies gained  in downstream processing due to the high viral concentration produced in the reactor. Suspension producer  cell lines which don’t require transfection would be the closest comparison to traditional antibody production but at present producer cell lines suffer from low productivity and, in some instances, lack of a regulatory acceptable parent cell line. Infection based processes such as the baculovirus/insect cell system for AAV vector production hold the promise of high level specific productivity, high cell densities and resultant large-scale viral vector  production that will be required as this field matures.